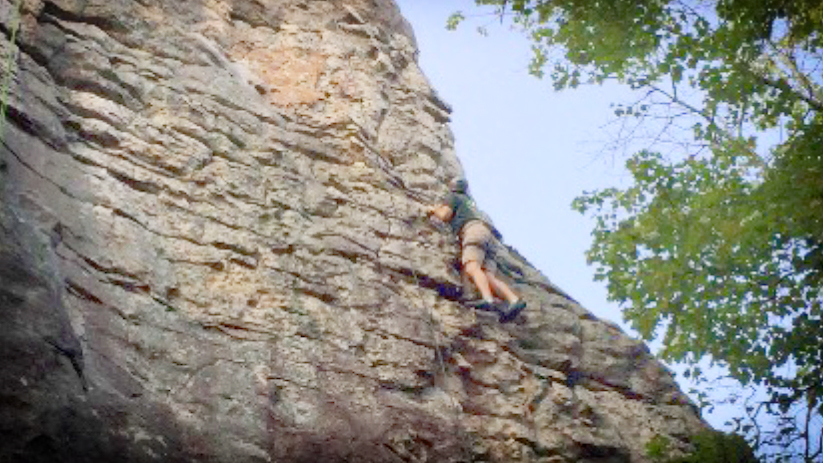 Over Labor Day weekend Venture Crew 2010 from Canterbury United Methodist Church, traveled north to Cherokee Rock Village for a weekend of climbing. They were accompanied by Ryan Cavender of Idlewild Climbing Company who instructed them in an appropriate rope climbing technique and led them on an epic nine-hour climbing adventure, culminating in amazing views at the top ridge as sunset approached. To top of the weekend, the crew cooked dutch oven style dinners and camped under the stars.

Crew 2010 invites you to join them at the Venturing Crew Open House on Thursday, September 14, 2017, at Mountain Brook Community Church. The Open House event will begin at 6:30 pm and will include Venture Crews from all over the Birmingham area. We hope that you will come out and hear more about Venturing!