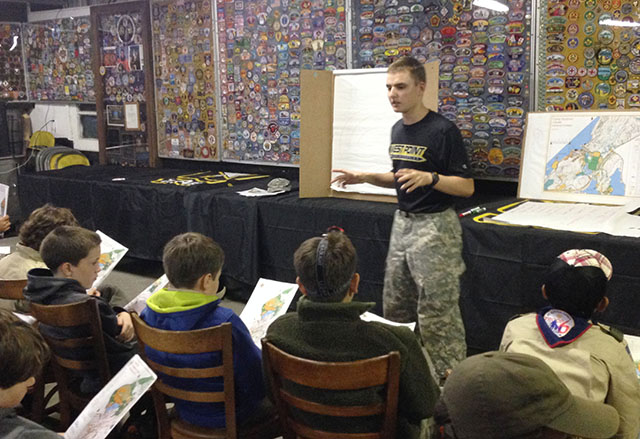 Each year, the West Point Orienteering Club cadets sponsor a workshop to teach Scouts navigation techniques and get them out into the woods to practice their orienteering skills.

Christian, an Eagle Scout from Troop 76 in Liberty Park, credits Scouting for teaching him the basic navigational skills needed for both competitive orienteering and Army land navigation. His experience as a cross‐country runner at Vestavia Hills High School gave him an advantage in navigating rough terrain, 12 ­kilometer courses at high speed. The Orienteering Club at West Point upholds as its core values: navigational excellence, mental toughness, decision-making, physical fitness, and professionalism. These are also values that are stressed in the Scouting program. The West Point Orienteering Club cadets support the Scouting program by hosting Boy Scouts at an annual Orienteering Skills Workshop (pictured below), a weekend during which the cadets teach basic navigational skills and help Scouts meet requirements for the Orienteering merit badge.

When asked how he hoped to improve his orienteering skills, Christian replied,

I’m an avid runner. With four years of high school cross-country and track under my belt, I know the sport of long-distance racing.  Thankfully, USMAOC [ West Point OTeam] practices have maintained this strength, in addition to encouraging personal fitness, which I now pursue simultaneously through CrossFit.  However, my central focus for improvement remains to achieve fluidity in orienteering. Although exposed to orienteering in Scouts and Army basic training, I’m an 8-month-old novice. So, really, both fluidity and experience are what I strive to improve and gain, respectively. Thanks to the Junior Standing team, I have an additional avenue to get better.

Christian’s father, Hans, father of not one, but two Eagle Scouts, had this to say about the influence of the Scouting program in his oldest son’s life: “Scouting was a key factor in his obtaining an appointment to West Point. Not only did Scouting aid in preparing my son for success as an officer, but it gave him orienteering skills and a degree of mental toughness, which have made him successful on the orienteering team and as a cadet.”

Hans’s younger son, Alec (VHHS ’15), also with Troop 76 in Liberty Park, was just awarded the rank of Eagle Scout. Alec’s Eagle project was construction of a prayer labyrinth for Liberty Crossings UMC, to provide a quiet place of prayer for the community. 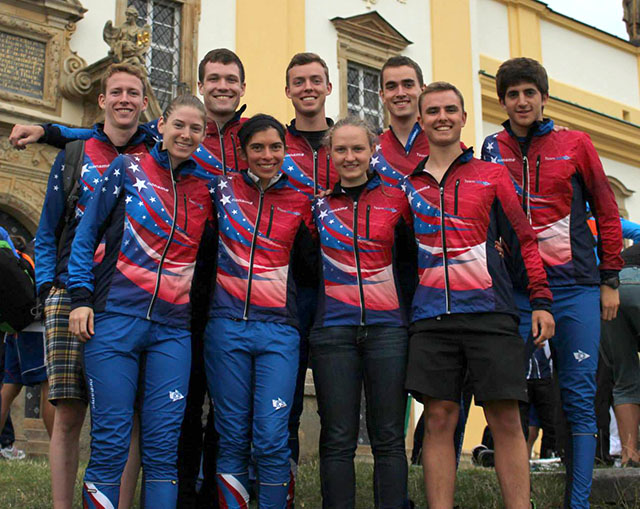