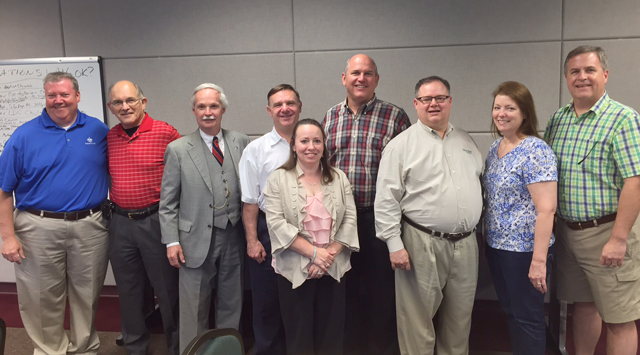 Members of the Vulcan District Committee attended a going-away celebration Friday for outgoing Senior District Executive Michael Wells with Scout Executive J.T. Dabbs and members of the staff. The event was held at the Scout office and it gave us one last chance to tell Michael how much he meant to us as volunteers and for everyone who was affected by his leadership in the Vulcan District.

Michael is leaving to become the new Program Director for Last Frontier Council, headquartered in Oklahoma City, Oklahoma. He will start work on May 26, 2015. While we will miss Michael, this is a great opportunity for him and his Scouting career.

Michael joined the Greater Alabama Council as District Executive in July 2010 in the Lookout Mountain District before moving to Vulcan District in July 2012. Michael has been instrumental in Vulcan District’s achievement as a 2014 JTE Gold Level District in the Council, and his focus on Unit and Membership Growth, Friends of Scouting and Volunteer recruitment continues to drive the District to new levels. Please join us in congratulating Michael on this well-deserved Promotion.