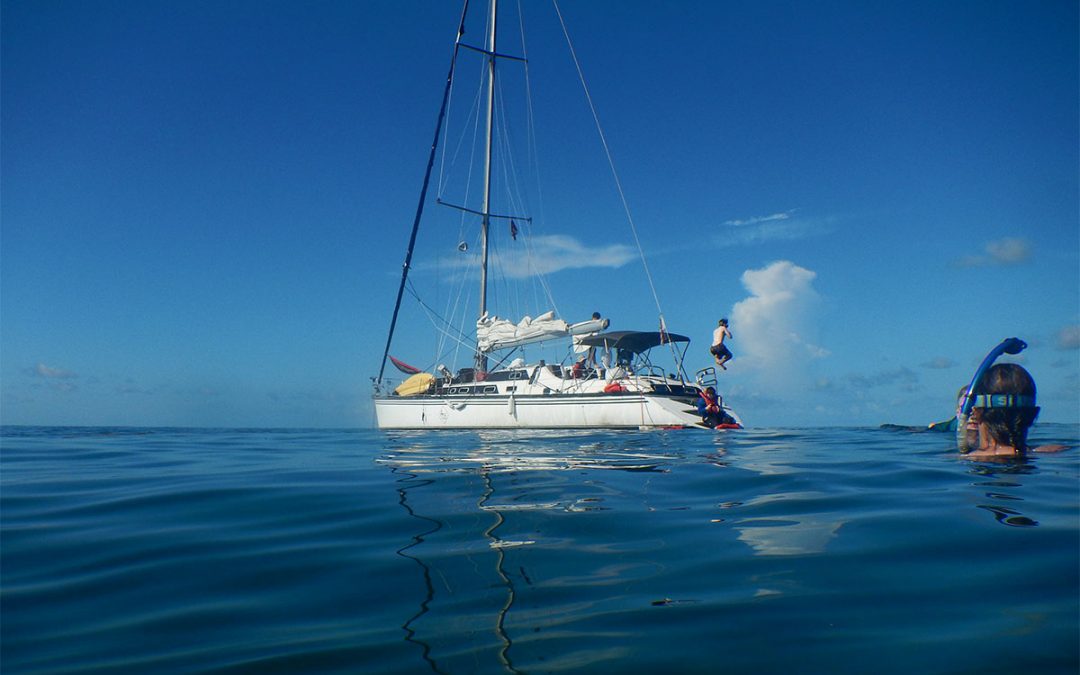 In July 2019 ten members of Troop 226 set off from Birmingham for a 6-night sailing trip out of Miami on the 65-foot yacht Ace.  After overnighting on Merritt Island we set off for Miami on a Saturday morning, planning to arrive at noon.  Because of a bad thunderstorm in Miami, Captain Frank called and asked us to delay our arrival at Bayside Marina until later in the afternoon.  As it was getting dark we decided to stay in the marina until Sunday morning.

On Sunday we motored through the port of Miami to refuel at South Beach Marina, then we set off to explore Biscayne Bay.  We saw the abandoned Miami Marine Stadium before passing under the Rickenbacker Causeway Bridge to look at Stiltsville and hear the stories of the prohibition era structures.  We anchored off No Name Harbor for swimming and returned to Bayside for that night.

Monday morning we set off for Key Largo, the winds were fair and we hoisted sail and headed southwest.  Stopping at one of the many reefs for lunch and snorkeling we anchored off Rodriguez Key for the night.

Tuesday morning we swam and snorkeled, cleaned ship then went into the Pilot House Marina in Lake Largo. This stopover gave us the chance to do some laundry, take a shower and explore the island.  It being afternoon when we arrived we opted not to take a side trip, by bus, to Key West.  The crew quickly discovered the local ice cream store and spent the evening playing mafia.

At high tide on Wednesday we sailed out to Molasses Reef Lighthouse to snorkel before returning to Rodriguez Key to anchor for the night.  The wind picked up again on Thursday and we set off north to find the Christ of the Abyss Statue in John Pennekamp State Park.  This is an underwater bronze statue of Christ raising his hands to the sky.

We could see thunderstorm clouds gathering over Key Largo and north towards Miami, so we hoisted the sails and moved offshore into the Gulf Stream.  This sped up our progress north and kept us away from the storms.  We saw several large merchant ships before we turned west to Miami.  Since it was Thursday afternoon and we had seen the Cruise Ships depart we opted to return through the main channel entrance to Bayside where we spent Thursday night.

After breakfast and “clean ship” on Friday we drove north to Merritt Island arriving in another thunderstorm.  Saturday morning we set off for Birmingham arriving home late afternoon suntanned and tired.

The scouts are already planning our next adventure.