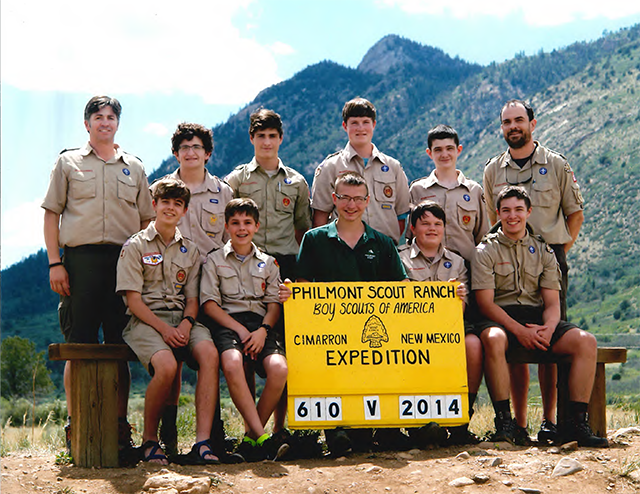 The group of Scouts and their advisors carried everything they needed to survive during the trek on their backs while hiking from camp to camp. During the trek, Scouts endured tough challenges including backpacking in bear and mountain lion territory, steep climbs, and inclement weather.

By completing the Philmont trek, Eagle Scouts Louis Wade and Jack Ferguson both earned the Triple Crown award for their participation in the High Adventure programs at three National High Adventure Bases operated by the Boy Scouts of America (Philmont Scout Ranch, Northern Tier, and Florida Sea Base). Philmont covers 214 square miles of wilderness with trails that climb from 6,500 to 12,441 feet in elevation and is the Boy Scouts of America’s premier high adventure camp. 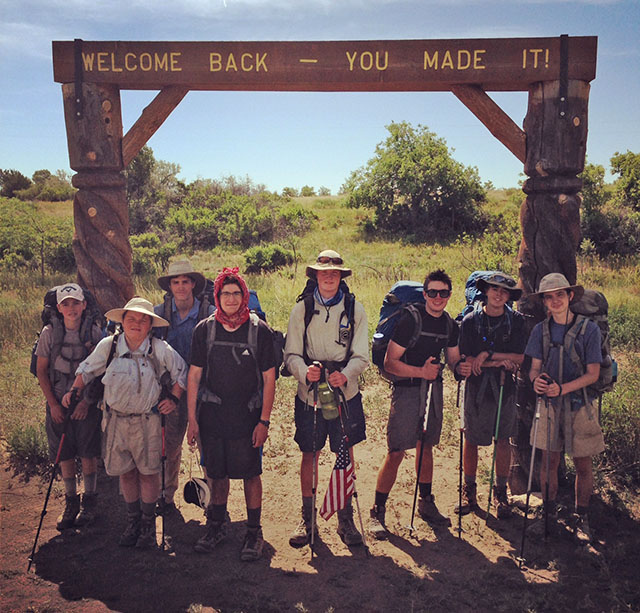