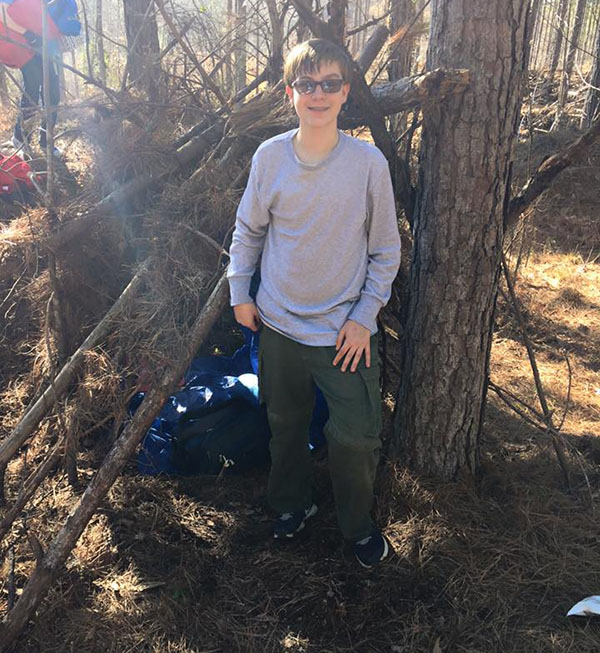 When you talk to Scouts or adults who were former Boy Scouts and you mention the words “Survival Campout”, one word consistently is mentioned: Memorable.

On January 16, 2016, Troop 95 held a survival camp out and it was memorable. The scenario was that the Scouts were on a two hour hike and get lost. They had to use what was on them and had the opportunity prior to the outing to create a survival kit using an Altoids tin with what they thought they needed.

Once at the camp site, Scouts practiced signaling, snares, and water filtration methods. After eating their lunch from the hike scenario, Scouts were told they were now lost in the woods and should build a shelter to survive the night. All afternoon, Scouts made their shelters in the hopes of staying dry and warm throughout the night. With little chance of rain predicted, the Scouts thought they needed to focus on staying warm only. After dropping to freezing weather, mother nature decided that the 30 percent chance of rain was really 3 hours of rain. Scouts and leaders who participated learned quickly if their shelters were warm and dry. For most, it was not the case. Wind and rain showed most the error of their ways.

For dinner, Scouts were given some skirt steak and a chicken leg to simulate catching their dinner. Scouts had to make their fires and devise a way to cook their catch. From spearing their food to making a spit, Scouts were proud on their achievement on making their own dinner. After the camp out, Scouts were asked how the outing went and what they learned.  All were enthusiastic and wanted to do it again.  Most of all, Scouts said this outing was memorable! 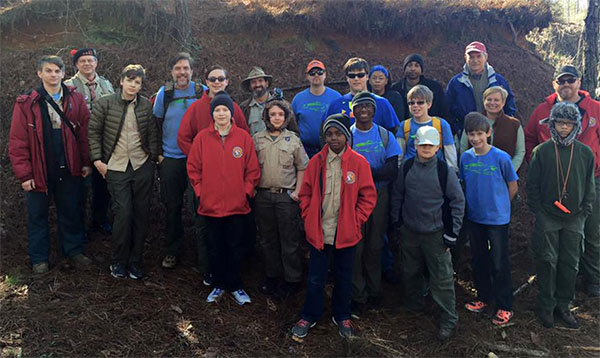